Home ≫ Blog ≫ I have been informed 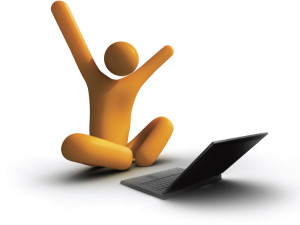 Last month I went to an ISO 9001: 2008 to ISO 9001: 2015 Transition Event at a nice hotel in the country. I was there to learn about the significant changes that are being made to the ISO 9001: 2008 Standard and to understand what the new requirements will mean for Flintloque’s customers. Well, I can report that I had a great time and learned a lot, which will appear in subsequent newsletters, but for this blog, I want to focus on a couple of interesting conversations that I had with two of the other delegates. These two conversations concern the new requirements for senior management to demonstrate leadership and the approaches discussed are at opposite ends of the spectrum.

The first conversation was with a chap, we’ll call him John, who is the Quality, Environmental and Safety Manager in his organisation. We were sat together at dinner, and apropos nothing, he just started telling me about the problems that he thought he would face when he got back to the office. His biggest worry was that he would have to come up with a way to convince his bosses that top management now had to demonstrate leadership. How was he going to tell them that they had to determine the context of the organisation and ensure that the quality management system was aligned with the business’s strategic direction?

I was somewhat taken aback, but unusually for me, I didn’t say anything as I was trying to understand how an organisation could function when the senior management team was not doing the very things that they are being paid to do, i.e., understand the business and decide where it was going. John and I discussed ways that he could present the information to his bosses in the most palatable way possible. The idea being that if they were to swallow the new requirements, then they had to have it presented to them on a plate. The good news is that Flintloque has been invited to assist with their ISO 9001 transition, so I’ll let you know how it goes.

My second conversation was with the MD of a small (c. 30 people) engineering company, and it couldn’t have been more different. Fred (not his real name) was one of those managers that you meet for whom you could quite happily see yourself working. His own Quality Manager was unable to make the course due to illness, so he had come in his stead. No, really! Fred considered his management system so important that instead of delegating attendance to one of his subordinates, he turned up himself for the whole day. How much better a demonstration of the importance of management leadership could you hope to see?

Fred was really looking forward to working with his team to make the transition and, much to my surprise, he asked for Flintloque’s assistance. I told him that I didn’t think that he needed our help, but he said that he was unsure about how to identify and manage the knowledge (specialised engineering knowledge) within his business, so, naturally, I agreed.

It’s interesting that these two approaches to the same situation are so different. One company appears to have a senior management team that has abdicated responsibility for its management system and the other has strong management driving the business forward. One problem; two approaches. This is going to be fun!