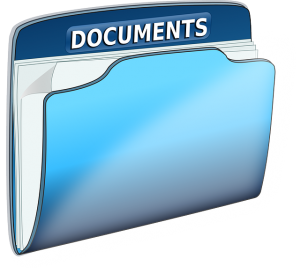 I’ve recently been working with an organisation that is transitioning from the ISO 9001: 2008 quality management system to the new ISO 9001: 2015 version.  They asked for Flintloque’s help with this project as we’d helped implement their original management system.  Also, I go in once a quarter to conduct internal audits, allowing them to demonstrate that they have an independent set of auditing eyes looking at their management system.  So, they’ve a well-audited, regularly assessed management system that has passed muster with very few noncompliances across the last seven years or so…and now they have to change it!

When I helped this company originally (we’ll call them Spoons4all Ltd), I used Flintloque’s learning tool, “The Five Pillars of Quality” TM.  The “Five Pillars” approach to management simplifies some of the verbiage in the standard and is a way of getting the basic ideas across to everyone involved easily, from the Board to the folk at the coalface.  Now, the advent of the new ISO 9001: 2015 standard has required some revision of the “Five Pillars”, though not much has changed with the fundamental concepts.  Pillar One remains concerned with management review and communication and Pillar Two covers document and record control, which is what has been causing Spoons4all Ltd some problems.

One bright spark at “Spoons” read the new ISO 9001: 2015 standard, saw that the references to a “quality manual” and having “documented procedures” had gone, and declared to his colleagues that they didn’t need to bother with writing anything down anymore!  I’ve yet to discover how he interpreted the disappearance of the phrase “preventative action”, but that’ll have to be a story for another day.  Ah, a little knowledge is a dangerous thing.  Fortunately, there were other people within the company who stopped him shredding everything in sight and asked me to pop-in and offer an expert opinion, or at least a wild stab-in-the-dark!

The main reason that Flintloque exists is to help with compliance with International Standards, but ISO 9001: 2015, whilst a good place from which to start, does not contain everything you could ever wish for if looking to define management “best-practice”.  By all means use a standard as a good starting point, but then build a system that fits with the way that your organisation works, whilst keeping an eye on the statutory and regulatory framework within which you have to operate.  Imagine creating a glove; an imaginary standard might stipulate the properties of the material from which it must be made and the fact that it must have four fingers and a thumb, but not the handedness of the final product.  Well, a glove is a glove, isn’t it?  Hmm, you try working with a right-handed glove on your left hand and let me know how comfortable you find it.

The fact that ISO 9001: 2008 used the phrase “documented procedure” and ISO 9001: 2015 uses “documented information” does not mean that writing things down (or photographing them, or drawing, etc.) is no longer a good idea!  For over two decades now, I’ve been suggesting, stating, encouraging, forcing (delete, as applicable), people to write stuff down.  Many of you will already be familiar with the mantra “If it isn’t written down, it’s a rumour.”  Writing down a description of your process helps to standardise it (I know that isn’t everything, but it’ll do for now).  If we all use the same recipe for making chilli, and we are all demonstrably competent at making said chilli, then the output of the chilli-making process should be a reasonably standardised chilli.  Similarly, we use the mantra “If it isn’t recorded, it never happened”, to keep the idea of accumulation of objective evidence at the forefront of everybody’s minds.  Who did it, when did they do it, with what did they do it, etc.?

Writing stuff down has been a good idea for over 5,000 years; the Sumerians used cuneiform script and the Egyptians used hieroglyphics.  So, don’t go throwing the baby out with the bathwater even if your organisation is transitioning from ISO 9001: 2008 to ISO 9001: 2015.  The fact that the words have changed, e.g., “documented procedure” replaced by “maintained documented information”, “records” replaced by “retained documented information”, etc., doesn’t mean that the management system that has served you well up to now is, suddenly, no longer entirely fit-for-purpose.

We’ve had some fun transitioning at Spoons4all Ltd (come on, in quality management you’ve got to find your pleasures where you can!) and they still have most of their documents and records.  Some have had name changes, some haven’t; some have been superseded and some made obsolete.  But they are happy, as am I, that their management system remains largely fit-for-purpose.  The evolution of another version of a standard does not make all that went before it suddenly wrong.  Granted, the systems will need tweaking, but that’s what adaptation to a changing environment requires for survival, be that in the natural world or the business world.